Durkheim's Philosophy of Science and the Sociology of Knowledge 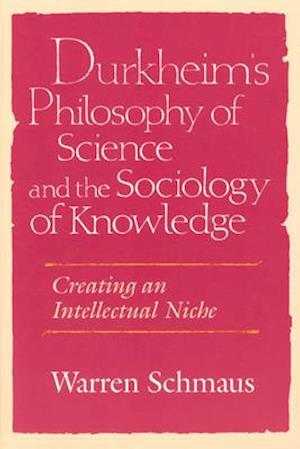 In this demonstration of the link between philosophy of science and scientific practice, Warren Schmaus argues that Durkheim's philosophy is crucial to his sociology. Through a reinterpretation of the relation between Durkheim's major philosophical and sociological works, Schmaus argues that Durkheim's sociology is more than a collection of general observations about society, it reflects a constructed theory of the meanings and causes of social life. Schmaus shows how Durkheim sought to make sociology more rigorous by introducing scientific methods of analysis and explanation into the study of society. Durkheim tried to reveal how implicit, commonly held beliefs actually govern people's lives. Through an original interpretation of Durkheim's landmark writings, Schmaus argues that Durkheim, in his empirical studies, refined both the methods of sociology and a theory about society's shared knowledge and practices.

Forfattere
Bibliotekernes beskrivelse This text demonstrates the link between philosophy of science and scientific practice. Durkheim's sociology is examined as more than a collection of general observations about society, since the constructed theory of the meanings and causes of social life is incorporated.