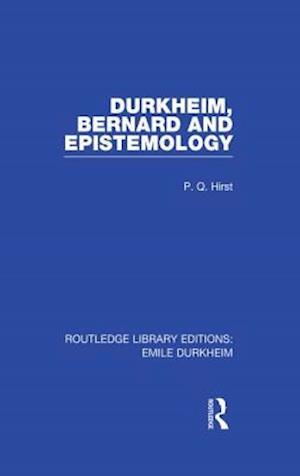 This title, first published in 1975, contains two complimentary studies by Paul Q. Hirst: the first based on Claude Bernard's theory of scientific knowledge, and the second concerning Emile Durkheim's attempt to provide a philosophical foundation for a scientific sociology in The Rules of Sociological Method. The author's primary concern is to answer the question: is Durkheim's theory of knowledge logically consistent and philosophically viable? His principal conclusion is that the epistemology developed in the Rules is an impossible one and that its inherent contradictions are proof that sociology as it is commonly understood can never be a scientific discipline.