indgår i serie Writing History in the Middle Ages 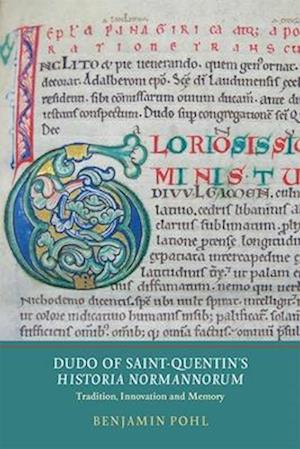 When Dudo of Saint-Quentin's Historia Normannorum first appeared in or around 1015, written for the then Duke of Normandy, Richard II, Dudo created a text without precedent. By committing the lives and deeds of Richard II's ancestors to written memory for the first time since the foundation of Normandy under the Viking Rollo in 911, Dudo provided the Norman court at Rouen with both an official dynastic historiography and a treasured record of their collective past. The Historia Normannorum was conceived, from the outset, as an idiosyncratic text which purported to be both staunchly traditional and remarkably innovative.

This book's analysis of the Historia uses historical and manuscript evidence, alongside literary theory and approaches from memory studies, to provide fresh insights into the text. It shows the Historia to be one of the most influential and important historical narratives of the Middle Ages, perhaps even the earliest surviving example of an illustrated chronicle from the entire Latin West.

Benjamin Pohl teaches in the Department of History, University of Bristol

Forfattere
Bibliotekernes beskrivelse Interdisciplinary study of one of the most important texts of the Anglo-Norman period.