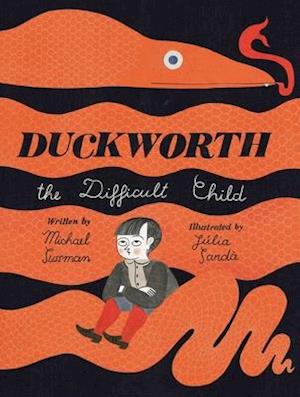 At least that's what his parents think. So when Duckworth tries to explain that a gigantic snake slithered out of his closet, his parents insist it's all in his head--he is far too old to be imagining such nonsense. (And will he please do his chores?) But even when the cobra slides right up and swallows Duckworth whole, his parents remain unconvinced (Where did he find that snake costume, and will he please put it away?) What's poor Duckworth to do when his parents just won't listen? With nods to the deliciously dark humor of Edward Gorey, Florence Parry Heide, and Jon Klassen, Michael Sussman and J lia Sard empathize with children everywhere who must find ways to deal with their difficult parents.