A Dubya in the Headlights 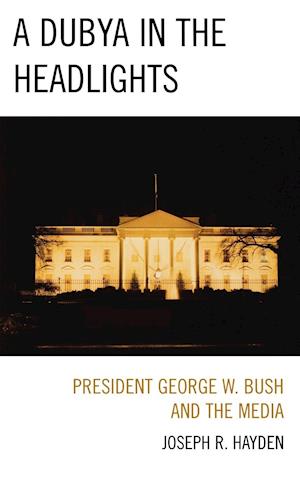 This book trains a critical eye on the curious interaction between America's 43rd president and the people who write about him, talk about him, shoot him, and draw him. Hayden details a rough, often tense relationship between Bush and media outlets from CBS to the New York Times to The Tonight Show. But he also challenges what until recently was the conventional wisdom about Bush's public relations: the notion that the White House was a masterful manipulator of the media, a Machiavellian puppetmaster. According to Hayden, those types of characterizations were not just overly generous; they were distortions. Moreover, they were also a cop-out for the press. This lively book details the pattern of mistakes made by the Bush administration in carrying out its communication strategy, focusing in particular on the period since Hurricane Katrina. It offers a clear portrait of a president stumbling from one crisis to another, failing to successfully pull the strings from behind the curtain.