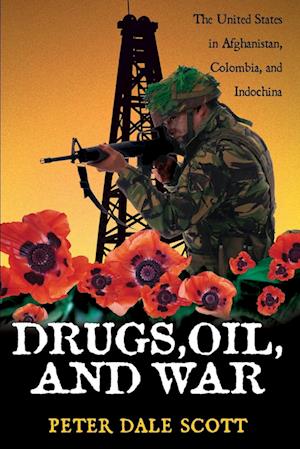 Peter Dale Scott's brilliantly researched tour de force illuminates the underlying forces that drive U.S. global policy from Vietnam to Colombia and now to Afghanistan and Iraq. He brings to light the intertwined patterns of drugs, oil politics, and intelligence networks that have been so central to the larger workings of U.S. intervention and escalation in Third World countries through alliances with drug-trafficking proxies. This strategy was originally developed in the late 1940s to contain communist China; it has since been used to secure control over foreign petroleum resources. The result has been a staggering increase in the global drug traffic and the mafias associated with it-a problem that will worsen until there is a change in policy. Scott argues that covert operations almost always outlast the specific purpose for which they were designed. Instead, they grow and become part of a hostile constellation of forces. The author terms this phenomenon parapolitics-the exercise of power by covert means-which tends to metastasize into deep politics-the interplay of unacknowledged forces that spin out of the control of the original policy initiators. We must recognize that U.S. influence is grounded not just in military and economic superiority, Scott contends, but also in so-called soft power. We need a "soft politics" of persuasion and nonviolence, especially as America is embroiled in yet another disastrous intervention, this time in Iraq.