- The Development of Unmanned Aerial Conflict 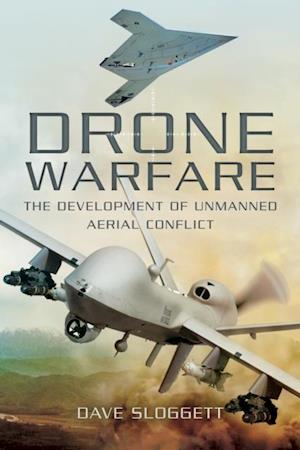 An unmanned aerial vehicle, commonly known as a drone, is an aircraft without a human pilot on board. Its flight is either controlled autonomously by computers in the vehicle, or under the remote control of a navigator or pilot on the ground or in another vehicle. Drone Warfare is one of the first books to examine the development and use of such aerial drones. Drones have been much maligned in the media and popular culture and there has been much controversy over their deployment. This book reveals the history of unmanned aircraft, their recent development, and why they have emerged onto the scene, setting the record straight about drones and their use.Drone Warfare answers questions such as: Why did the United States invest so highly drone technology? When did all that start? What barriers had to be overcome? What was there before drones arrived? What roles did drones play in Iraq and Afghanistan? Were they successful? What new developments emerged during operations? Did they save lives? How many have been shot down and where? Will all air forces be drone based in the future? What other applications may arise in the civilian market?In a timely publication, Drone Warfare sets the record straight on unmanned aerial vehicles and explores technology and usage around the globe.Skyhorse Publishing, as well as our Arcade imprint, are proud to publish a broad range of books for readers interested in history--books about World War II, the Third Reich, Hitler and his henchmen, the JFK assassination, conspiracies, the American Civil War, the American Revolution, gladiators, Vikings, ancient Rome, medieval times, the old West, and much more. While not every title we publish becomes a New York Times bestseller or a national bestseller, we are committed to books on subjects that are sometimes overlooked and to authors whose work might not otherwise find a home.