- The Story of Audrey Withers, Vogue editor extraordinaire from the Blitz to the Swinging Sixties 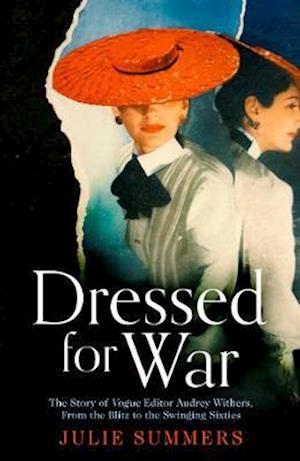 Dressed For War: The Story of Audrey Withers, Vogue editor extraordinaire from the Blitz to the Swinging Sixties is the untold story of our most iconic fashion magazine in its most formative years, in the Second World War. It was an era when wartime exigencies gave its editor, Audrey Withers, the chance to forge an identity for it that went far beyond stylish clothes. In doing so, she set herself against the style and preoccupations of Vogue's mothership in New York, and her often sticky relationship with its formidable editor, Edna Woolman Chase, became a strong dynamic in the Vogue story. But Vogue had a good war, with great writers and top-flight photographers including Lee Miller and Cecil Beaton - who loathed each other - sending images and reports from Europe and much further afield - detailing the plight of the countries and people living amidst war-torn Europe. Audrey Withers' deft handling of her star contributors and the importance she placed on reflecting people's lives at home give this slice of literary history a real edge. With official and personal correspondence researched from the magazine's archives in London and in New York, Dressed For War will tell the marvellous story of the titanic struggle between the personalities that shaped the magazine for the latter half of the twentieth century and beyond.

Forfattere
Bibliotekernes beskrivelse The untold story of how the world's most renowned fashion magazine was brought into the modern world during the cauldron of the Second World War. 1 x 8pp b-w plate section, 1c ends