indgår i serie The New Library of Psychoanalysis 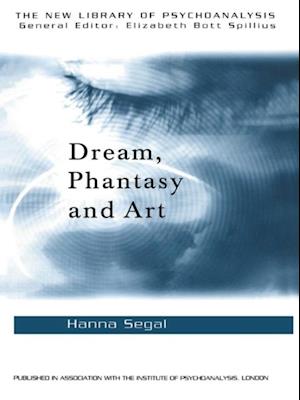 Hanna Segal's work, especially on symbolism, aesthetics, dreams, and the exploration of psychotic thinking, has established her as an outstanding figure in psychoanalysis, particularly in psychoanalysis of the Kleinian tradition.In Dream, Phantasy and Art she reworks her ideas on these topics and brings them vividly alive in a new integration which links them afresh to the work of Freud, Klein, and Bion. Throughout the book, the clinical illustrations the author has selected brilliantly spotlight the theory, touching the imagination, and fixing even the most difficult ideas permanently in the reader's mind. In a mutually enhancing relationship, theory and clinical example are combined, and then applied, to create the author's new and original theories of art and aesthetics.As Betty Joseph notes in her foreword, Segal's writing, and in particular this book, does much to enrich psychoanalysis not only because of the clarity and intelligence but also because of the depth and breadth of her interests and her clinical imagination.