The Dream Fields of Florida 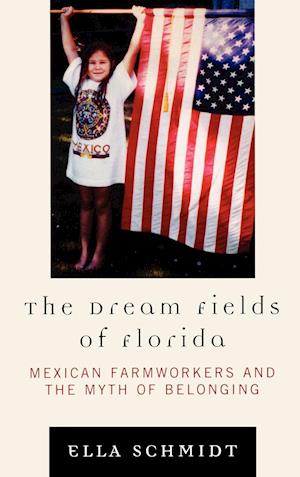 Immigrant workers from indigenous communities who are working in low-wage jobs are often stigmatized for their origins, their status, and their poverty. For them, achieving the American Dream means overcoming the historic biases of contemporary economic, cultural, social, and political systems. The Dream Fields of Florida explores the limits of accessibility to the American Dream for Mexican-American farmworkers. Using ethnographic data from several immigrant communities in Florida, Ella Schmidt studies the intersecting and often contradicting issues of identity, citizenship, and belonging. She unravels the embedded structural inequalities of U.S. society and the ideological discourses that mask them and finds that only through playing by the rules can Mexican farmworkers be selectively granted second-class citizenship-if any at all. This book is a timely and increasingly necessary look at one of the most invisible populations in the United States, one that has been systematically ignored and continuously misrepresented. Contrary to their imposed labels as subservient "illegal aliens," Mexican farmworkers are the epitome of agency, embodying the American ideals that are at the basis of the (Mexican-) American Dream.