- Inspiring Stories of an Ordinary Person Drawing on Extraordinary Love 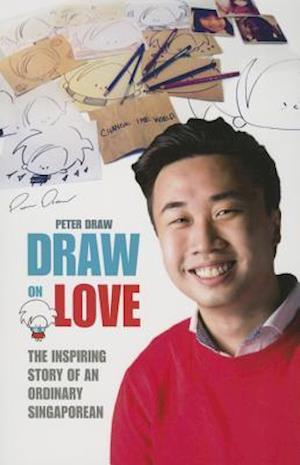 In Draw On Love, Peter Draw brings us through his life, from his early childhood, when he fell in love with drawing, to his teenage years where he realizes that he can touch people powerfully through his drawing, right up to his adult life, and the understanding of how he can make a positive difference in other ways as well. Peter's love of drawing started as a personal passion. One that was not a smooth ride, as he had to struggle with issues such as finances, having been kicked out of an art class because he could not afford the fees. However he persevered and pursued this interest, receiving encouragement from his grandfather. When he lost the latter during his teenage years, Peter challenged himself to use his drawing to protect other children. He has since gone on many different trips to touch the lives of children through teaching and encouraging them to draw. On one such trip, he was inspired by a little girl in Costa Rica who had just lost her mother, to set up an IT company that would help create lasting memories. He made her that promise and today is on the brink of launching the company.This book will inspire artists to reach for their dreams and pursue their passions despite obstacles along the way. It will also encourage the reader to think about using one's interests for the bigger good of society. Children will be reminded and assured that there are many people who believe in them and want to protect them. Finally, it encourages us to think outside the box, and not be restrained to one tried and tested way of doing things. It is a book for many types of people, to touch the lives of even more people.

Forfattere
Bibliotekernes beskrivelse Kicked out of an art class because he couldn't afford the fees. Pressing on in his drawing and eventually using it to change the world. Breaking not one but FOUR Guinness World Records. Read about how he did it all! black and white illustrations