Dramaturgy of Sound in the Avant-garde and Postdramatic Theatre

- Dramaturgy of Sound in the Avant-garde and Postdramatic The 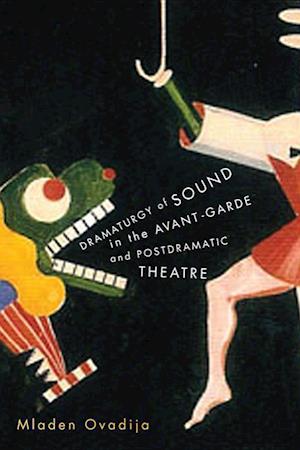 Sound is born and dies with action. In this surprising, resourceful study, Mladen Ovadija makes a case for the centrality of sound as an integral element of contemporary theatre. He argues that sound in theatre inevitably "betrays" the dramatic text, and that sound is performance. Until recently, theatrical sound has largely been regarded as supplemental to the dramatic plot. Now, however, sound is the subject of renewed interest in theatrical discourse. Dramaturgy of sound, Ovadija argues, reads and writes a theatrical idiom based on two inseparable, intertwined strands - the gestural, corporeal power of the performer's voice and the structural value of stage sound. His extensive research in experimental performance and his examination of the pioneering work by Futurists, Dadaists, and Expressionists enable Ovadija to create a powerful study of autonomous sound as an essential element in the creation of synesthetic theatre. Dramaturgy of Sound in the Avant-garde and Postdramatic Theatre presents a cogent argument about a continuous tradition in experimental theatre running from early modernist to contemporary works.

Forfattere
Bibliotekernes beskrivelse New insight into the theatrical use of sound in avant-garde and postdramatic performance.