Drama and Theatre in Urban Contexts 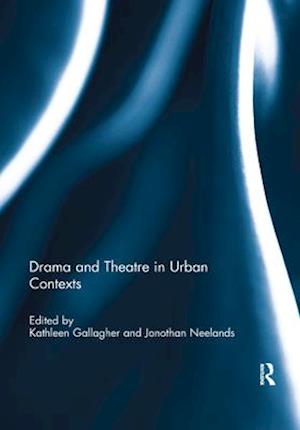 Urban theatre can be described as theatre made with or by those whose lives are marked by the urban landscape and its social limits and possibilities. At the heart of this text lies the question of how theatre can illuminate the urban and how theatre is illuminated by the urban. The city, like a play, is a space where everything adopts multiple meanings. It is an objective thought and a subjective experience, a charged and symbolic thing, as well as a real, material, lived reality. The chapters in this book illustrate the theatre's uncanny ability to narrate and symbolize the physical and psychic space of the city. Running through all of the pieces presented are the themes of power and of young people's sense of agency within the structures they dwell in and are shaped by. Through drama education and applied theatre practices, the affinity between the urban and its theatres is radically replaced by marginal spaces, boulevards and schools. As Guillermo Gomez-Pena suggests, the theatre has gone to the people to serve their local and immediate need for a means of holding the urban and the self so that both can be interrogated and re-imagined; so that the various dystopias of urban existence can be envisaged as places of urban solidarity and as utopias, at least, of the mind. This book was originally published as a special issue of Research in Drama Education: The Journal of Applied Theatre and Performance.