Dragons Are Not for Sale 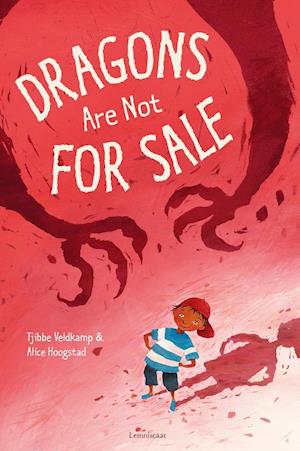 Back at home, Ezzygot out his Almanac of All Animals and looked under the letter D. Then he put on a warm sweater, strapped on his largest backpack and started climbing the bare mountain.Three days passed.When Ezzy descended from the bare mountain he was no longer wearing his sweater and his backpack was bursting at the seams.What is Ezzy carrying with him? What is he up to?Tjibbe Veldkamp tells the comical story of Ezzyand the spoiled boy next door, Preston. Preston keeps all sorts of animals, but he doesn't really care for them. Ezzy loves animals, but Preston won't let him near them. But Ezzy's got a plan! With glorious illustrations, Golden Paintbrush-winner Alice Hoogstad paints the story of Ezzy and his egg. A book to be devoured by anyone who loves Tjibbe Veldkamp, Alice Hoogstad, animals and dragons. And who feels that spoiled little brats should be taught a lesson they won't forget in a hurry.