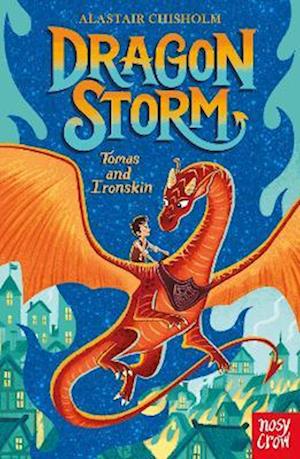 The first book in a thrilling, magical, and action-packed new fantasy series, illustrated throughout and perfect for 7 - 9 year olds!In the land of Draconis, there are no dragons.Once, there were. Once, humans and dragons were friends, and created the great city of Rivven together.But then came the Dragon Storm, and the dragons retreated from the world of humans.To the men and women of Draconis, they became legends and myth.Tomas has always been told that now, dragons are extinct, and so he can't believe it when a mysterious stranger invites him to join a secret society, the Dragonseer Guild - and tells him that not only do dragons still exist, but also that Tomas has a very special power... he can summon his very own dragon!But Tomas faces a difficult choice, and he and his dragon, Ironskin, must learn to trust each other - and together, they have to save their home from a deadly threat.An exciting new fantasy series from the highly acclaimed author of Orion Lost, brilliantly illustrated throughout, and perfect for fans of Beast Quest and How to Train Your Dragon.

Forfattere
Bibliotekernes beskrivelse The first book in a thrilling, magical, and action-packed new fantasy series, illustrated throughout and perfect for 7 - 9 year olds!