- Contesting Femininity in the World's Playground 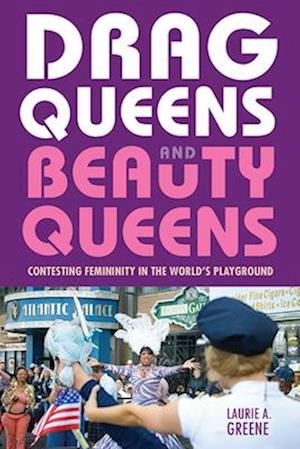 The Miss America pageant has been held in Atlantic City for the past hundred years, helping to promote the city as a tourist destination. But just a few streets away, the city hosts a smaller event that, in its own way, is equally vital to the local community: the Miss'd America drag pageant. Drag Queens and Beauty Queens presents a vivid ethnography of the Miss'd America pageant and the gay neighborhood from which it emerged in the early 1990s as a moment of campy celebration in the midst of the AIDS crisis. It examines how the pageant strengthened community bonds and activism, as well as how it has changed now that Rupaul's Drag Race has brought many of its practices into the cultural mainstream. Comparing the Miss'd America pageant with its glitzy cisgender big sister, anthropologist Laurie Greene discovers how the two pageants have influenced each other in unexpected ways. Drag Queens and Beauty Queens deepens our understanding of how femininity is performed at pageants, exploring the various ways that both the Miss'd America and Miss America pageants have negotiated between embracing and critiquing traditional gender roles. Ultimately, it celebrates the rich tradition of drag performance and the community it engenders.