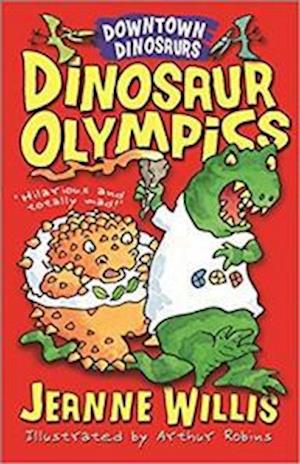 When a Stegosaurus family, Mr and Mrs Stigson and their son Darwin, throw a party for Uncle Loop's 150th birthday, it is gate-crashed by Flint Beastwood, the gangster-like T-rex, his thuggish sidekicks Mr Cretaceous (a terrifying Dinoscuchus) and Terry O'Dactyl (a psychotic Pteranodon). War seems to be on the horizon for the carnivores and the herbivores as kidnaps and thefts follow. Mayor Boris (a Triceratops) proposes Olympic Games to bring peace and stop the fighting. But can the dinosaurs settle their differences through sport or will it only make things worse? Jeanne Willis's madcap characters and story, with Arthur Robins' inspired illustration, are certain to tickle anyone's funny-bone!