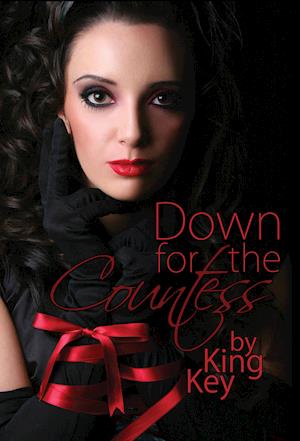 Bereft at the loss of his wife, artist Ivey Marks finds himself manipulated into joining Countess Natasha Vronsky in her domain at Russleder (Russian Leather) in Siberia. She initially plans to make him her figurehead Count. But Ivey rebels, and Countess Vronsky brings him to his knees as just another of her twelve slaves. In his humbled position, Ivey discovers there's a slave rebellion afoot - a scheme to overthrow the Countess with the help of a mysterious outlaw who calls himself Strelnikov. Ivey, ever the loner, tries three times to escape by himself. But the Countess tracks him down each time with the help of her comrade, Dr. Sasha Khachaturian. Ivey gradually realizes his Goddess lets him flee for the sport of recapturing him, then humiliating him with a whipping in front of the other slaves. The Countess Vronsky delights in seeing how harshly she can abuse him. And while Ivey's secret and perverse delight in being under Countess Vronsky's heel disturbs him, he can't help but be drawn to her powerful allure. When Strelnikov materializes as a very real challenge to Countess Vronsky's authority, whose side will Ivey choose? Or does it matter? Are they both out to kill him? Even as Ivey is caught up saving himself from the Countess and Strelnikov, he longs for the breathtaking Sable Brandenburg. But with the Countess in charge, his acute desire to be subject to this beautiful mistress is little more than a pipe dream. This beautifully crafted story weaves a tale steeped in Female domination and male submission.