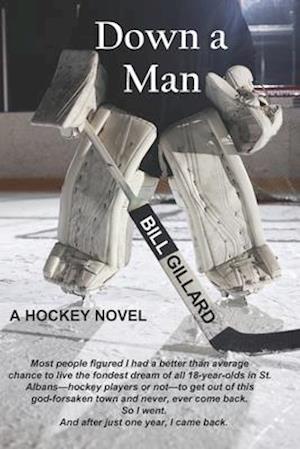 Luke is an anti-hockey "smart kid" in his hockey-crazed far upstate New York hometown in 1999. A year earlier, he had happily escaped to a prestigious university downstate, only to slink back home after one disastrous year away. Embarrassed and shrinking deeper into himself, he is forced to come to terms with his hometown, his father, his professional hockey-playing older brother, and the sport of hockey. And what about the high hopes he had for his own life? Are they gone, too? In this coming-of-age comedy, everybody-a crazy Russian hockey coach, the oddball brothers who run the local newspaper, the guys at the rink, and his brother's old girlfriend-seems to have an idea for what Luke should do next. But can Luke navigate the insanity to discover in himself what he actually needs?

Forlag:
All Things That Matter Press