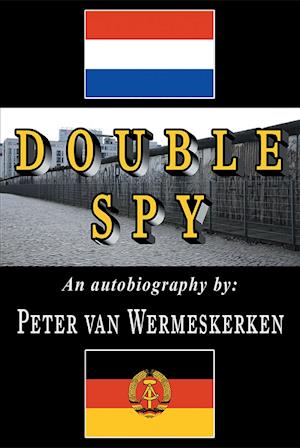 Double Spy is my autobiography as a double agent in East Germany and the Netherlands, from March 1967 to September 1970. While I visited a young woman in Chemnitz, two men approached her, wanting to see me. Soon after, we spoke and they recruited me as a spy for the HVA (intelligence service of the Ministry of State Security, the STASI). Back in the Netherlands, I immediately reported to the BVD, which 'took me over.' I was only 27 at the time. I had no formal education, and the officers in the HVA-'the People's Army'-were high school graduates, having only attended college to become a spy. The officers were not capable enough to question me with much success. Their weak attempt to drink me under the table failed miserably, thanks to my epilepsy medication. My story revolves around the Cold War, and it reveals the unhappy lives of the people living under the dictatorship. My life story celebrates how happy and thankful we should be to live in a free country. Ultimately, Berlin threatened me. My wife convinced me to leave the spy business behind once she conceived our son. My name has surfaced in the STASI archives, but nothing more. This is my story as a Double Spy.