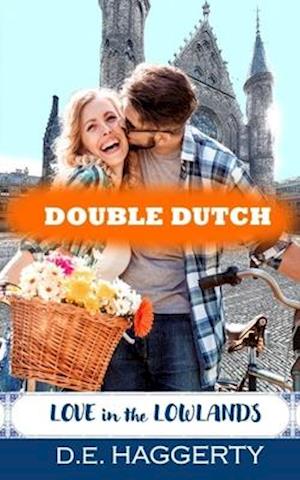 She thinks their relationship is fake. But he's not faking a thing.

It doesn't take long before Bob's up to his old tricks. Only this time, he goes further and leaves me to shack up with some floozy in Prague. Without him here in Holland with me, it looks like I'm going to get kicked out of the country.

I need a man to be my fake partner pronto.

Enter Matthijs. He jumps into the role despite our meet and greet ending in tears and chocolate stains. Don't ask.

When my husband comes back - demanding I return to him or else - Matthijs makes it clear he's not letting me go. The six-foot-five rugged piece of manhood can't possibly be serious. I'm no catch - despite the abundance of zeroes soon to be in my bank account.

I know I need to go back to my husband. There are reasons - I'm not a complete pushover, I swear! But I don't want to give up Matthijs. Not when he's shown me how a real man treats a woman.

Rock meet hard place. What to do?

This fake relationship romantic comedy features a woman whose self-confidence has gone south for the winter, a rugby playing mountain of a man determined to delete the fake in their relationship, and two nosy friends who think meddling in a friend's life is included in the definition of friend.

Each book in the Love in the Lowlands romantic comedy series can be read as a standalone.