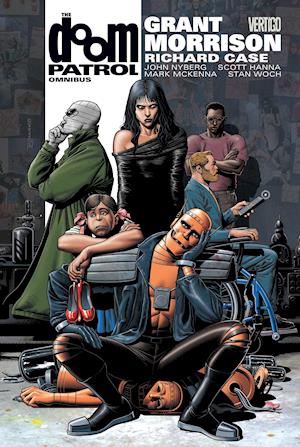 The new Doom Patrol puts itself back together after nearly being destroyed, and things start to get a lot weirder for everybody. The Chief leads Robotman, the recently formed Rebis and new member Crazy Jane against the Scissormen, part of a dangerous philosophical location that has escaped into our world and is threatening to engulf reality itself. Collecting Grant Morrison's definitive run, which launched his career as one of the comic industry's most innovative and creative writers Collects Doom Patrol #19-63 and Doom Force Special #1.