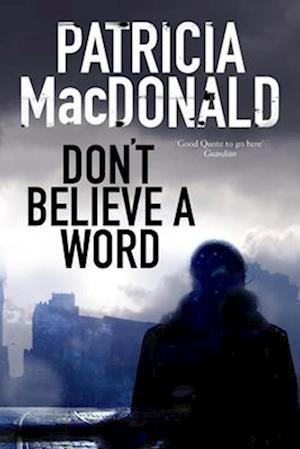 A daughter sets out to discover the truth about her mother's death in this absorbing novel of psychological suspense.Eden Radley had a strained relationship with her mother ever since Tara deserted the family nine years before to run off with her much younger lover. But when she's told that her mother has killed herself and her severely disabled young son, Eden's half-brother, Eden is ridden with guilt. For her mother had tried to get in touch with her on the night she died, and Eden had ignored her text. Was Tara calling for help?Heading to Cleveland, Ohio, for the funeral, Eden discovers there was so much she didn't know about her mother, nor about her enigmatic, troubled stepfather Flynn Darby. And the more she learns, the more convinced she becomes that Tara's death was no suicide. Could Flynn really be guilty of murder .?