Don Juan and Other Plays 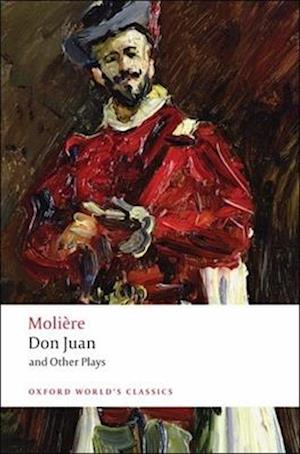 Contains: Don Juan, Precious Provincials, The Reluctant Doctor, George Dandin, The Miser, The Would-be Gentleman, Scapin the SchemerSince the second half of the seventeenth century, when Moli`re composed and performed his comedies, scarcely a decade has passed in which they have not been revived, imitated, or adapted; their appeal to twenty-first century audiences remains as great as to their initial public. This selection of seven of Moli`re's prose plays shows his versatility and indicates the reason for his enduring popularity. Whether he writes in a strictly defined historical context (as in PreciousProvincials or The Would-be Gentleman) or whether he sets his plays in an almost mythical world (as in Don Juan); whether his plays are exuberant celebrations of light heartedness, ingenuity, and wit (The Reluctant Doctor and Scapin the Schemer) or whether they come closer in spirit to black humour (The Miser andGeorge Dandin), they remain as fresh and vivid as ever. ABOUT THE SERIES: For over 100 years Oxford World's Classics has made available the widest range of literature from around the globe. Each affordable volume reflects Oxford's commitment to scholarship, providing the most accurate text plus a wealth of other valuable features, including expert introductions by leading authorities, helpful notes to clarify the text, up-to-date bibliographies for further study, and much more.

Forfattere
Bibliotekernes beskrivelse Moliere's prose plays demonstrate both his versatility as a playwright and the reasons for his enduring popularity from the France of Louis XIV to the present.