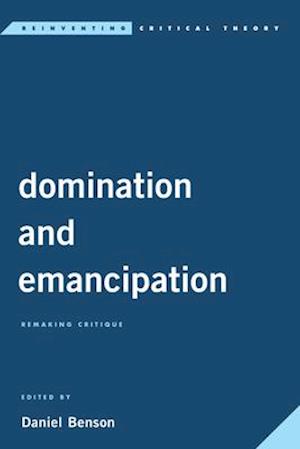 Under what conditions can political philosophy and sociology open up new spaces of freedom? In a globalized world, how can we both ensure individual autonomy and guarantee greater levels of social justice? How can we effectively rearticulate a critique of domination and a philosophy of emancipation? Domination and Emancipation presents an exchange between the sociologist Luc Boltanski and the political philosopher Nancy Fraser, reorganized, revised, and introduced by Philippe Corcuff. The first part of the book is based on questions that were presented during a debate between the two at the 2012 festival 'Mode d'emploi', an exchange that is certain to become a classic debate of critical theory. The debate is augmented by newly translated interviews that see Boltanski venturing into radical politics with Olivier Besancenot and Fraser discussing the future of feminism. The book concludes with a rethinking of individualism and alienation in order to provide the groundwork for a new social theory for the 21st Century.