Domesticity and Design in American Women's Lives and Literature 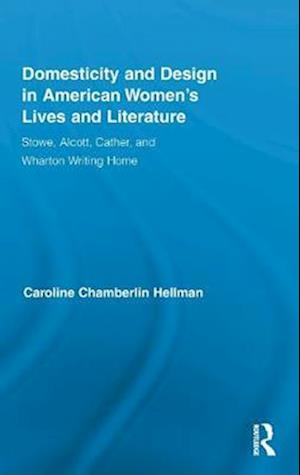 Domesticity and Design in American Women's Lives and Literature explores the ways in which four American women writers from the mid-nineteenth to the early-twentieth century inhabited domestic space and portrayed it in their work. Hellman explores independent female authors who had intriguing and autonomous relationships with home, relocating frequently either to begin the creative processes of designing and decorating anew or to avoid domestic obligation altogether by remaining in transit. She also looks at how women authors wrote female characters into existence who had strikingly different relationships with home, and contended with profound burdens of housekeeping in an oppressive domestic sphere. The disjunction between the authors' individual existences and the characters to whom they gave life reveals multiple narratives about women at home in nineteenth- and twentieth- century America. This interdisciplinary inquiry undertakes a dual treatment of domesticity in an effort to synthesize a more complete understanding of the relationships between social history and literary accomplishment. Syncretising domestic literature with domestic practice, Hellman appraises the ways in which the authors appropriate domestic rhetoric to address issues of political import: economy, health, and social welfare in the case of Stowe, material feminism for Alcott, the landscape for Cather, and World War I for Wharton.