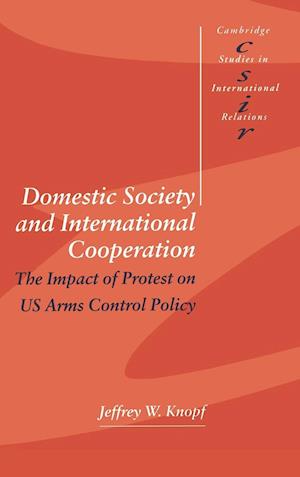 In this book, Jeffrey Knopf investigates domestic sources of state preferences about whether to seek cooperation with other countries on security issues. He does so by examining whether public protest against nuclear weapons influenced US decisions to enter strategic arms talks. The analysis builds on the domestic structure approach to explaining foreign policy, using it as the starting point to develop a new framework with which to trace the influence of societal actors. The book's finding that protest had a major impact suggests that prevailing conceptions of the relation between domestic politics and international cooperation need to be broadened. Existing approaches typically assume that state preferences are set by political leaders or powerful interests, thereby treating the rest of society only as a constraint on state action. In contrast, this book demonstrates that ordinary citizens can also serve as a direct stimulus to the development of a state interest in cooperation.