- Lessons from the Clinton Administration 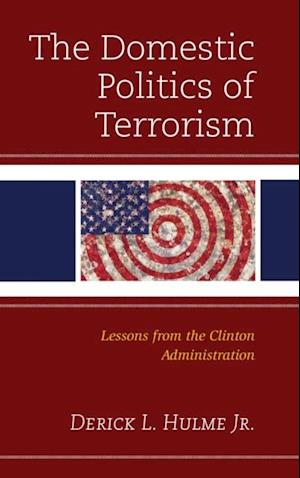 The Domestic Politics of Terrorism: Lessons from the Clinton Administration explores the Clinton administration's development of a novel playbook by which to exploit terrorism for domestic political advantage, focusing particularly on the importance of issue framing, instrument selection, and implementation strategies. While Americans were introduced to transnational terrorism long before the first World Trade Center bombing in 1993, it was Clinton who first confronted large-scale terrorism targeting Americans both at home and abroad, and who developed an invaluable template for future policymakers navigating a political landscape increasingly defined by high-profile terrorist events.