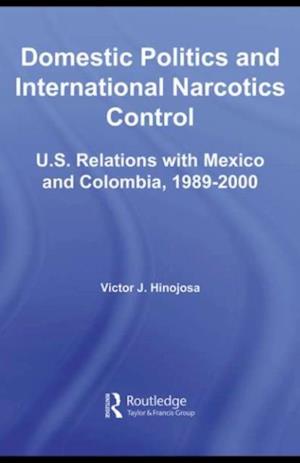 This book examines different levels of narcotics control cooperation between the United States, Mexico and Colombia. Victor J. Hinojosa finds that Mexico is consistently held to a very different standard than Colombia and that the US often satisfies domestic political pressures to be tough on drugs by punishing Colombia while allowing Mexico much more freedom to pursue different strategies. He also explores the role of domestic terrorism and presidential reputation in Colombia for the US-Colombia pair and the role of competing issues in the US-Mexican bilateral agenda for that country pair, finding that congressional pressure and electoral tests exert the most impact on US behavior but that Mexican and Colombian behavior is best explained in other ways. Together, these findings suggest both the promise of integrating the study of international relations and comparative politics and important limitations of the theoretical framework.