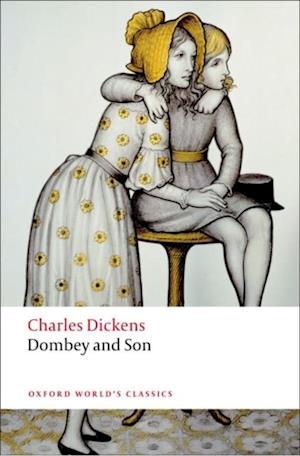 'Dom-bey and Son'...Those three words conveyed the one idea of Mr. Dombey's life. The earth was made for Dombey and Son to trade in, and the sun and moon were made to give them light. The hopes of Mr Dombey for the future of his shipping firm are centred on his delicate son Paul, and Florence, his devoted daughter, is unloved and neglected. When the firm faces ruin, and Dombey's second marriage ends in disaster, only Florence has the strength and humanity to save her father from desolate solitude. This new edition contains Dickens's prefaces, his working plans, and all the original illustrations by 'Phiz'. The text is that of the definitive Clarendon edition. It has been supplemented by a wide-ranging Introduction, highlighting Dickens's engagement with his times, and the touching exploration of family relationships which give the novel added depth and relevance. The Notes and Bibliography have been substantially revised, extended, and updated. ABOUT THE SERIES: For over 100 years Oxford World's Classics has made available the widest range of literature from around the globe. Each affordable volume reflects Oxford's commitment to scholarship, providing the most accurate text plus a wealth of other valuable features, including expert introductions by leading authorities, helpful notes to clarify the text, up-to-date bibliographies for further study, and much more.