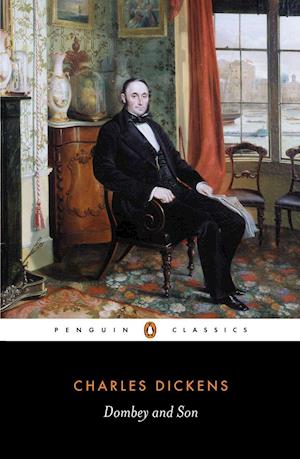 'There's no writing against such power as this - one has no chance' William Makepeace ThackerayA compelling depiction of a man imprisoned by his own pride, Dombey and Son explores the devastating effects of emotional deprivation on a dysfunctional family. Paul Dombey runs his household as he runs his business: coldly, calculatingly and commercially. The only person he cares for is his little son, while his motherless daughter Florence is merely a 'base coin that couldn't be invested'. As Dombey's callousness extends to others, including his defiant second wife Edith, he sows the seeds of his own destruction.Edited with an Introduction and Notes by Andrew Sanders

Forfattere
Bibliotekernes beskrivelse Offers a compelling depiction of a man imprisoned by his own pride, it explores the devastating effects of emotional deprivation on a dysfunctional family and on society as a whole. This title also discusses the character of Paul Dombey, business and family relationships.