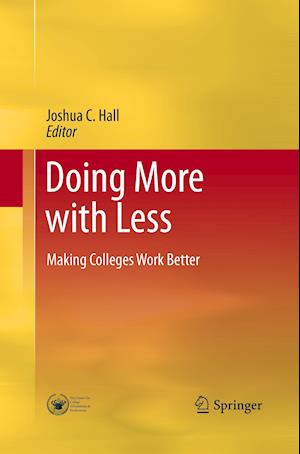 This volume contains a collection of papers by economists which examine the various strategies for cutting costs and improving productivity in higher education in the United States. The dramatic increase in the cost of attending most colleges and universities in recent years has led to increasing concerns regarding college affordability. In addition, with nearly 35 percent of full-time college students failing to receive a bachelor's degree within six years of enrolling in an institution of higher education, the productivity of colleges and universities has also been called into question. Systematic reform of higher education has intensified as a result of the large amount of public and private dollars flowing into it.The chapters in this volume, while recognizing it may be the primary source of the problem, also understand that the political forces behind the subsidization of higher education are unlikely to wane. The contributors examine several areas of possible reform from an economic perspective, including financial aid systems, athletics, and the organization of universities and university systems with an emphasis on identifying the types of reforms that are most likely to result in improvements as well as those that may make things worse. This volume will be of interest to economists, education researchers and policymakers concerned with education reform.