Documents Relating to Anson's Voyage Round the World 1740-1744 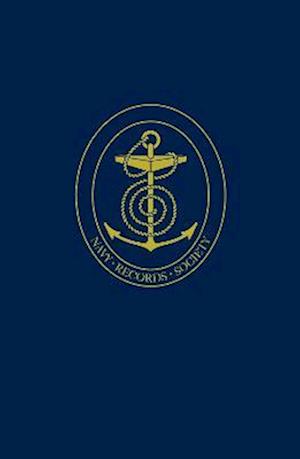 Ghost-writing is not a twentieth Century invention. In this volume for the Navy Records Society Dr Williams revealed that the classic best-seller, 'A Voyage round the World by George Anson', purportedly written by Anson's chaplain Richard Walter, had in fact been ghost-written by Benjamin Robins, a man who had not sailed on the voyage. Describing the 'Walter narrative', Dr Williams wrote: 'In substance it was Anson's account, ghosted for him by an accomplished writer, and it should be regarded as an apologia for Anson's own conduct rather than as an impartial memoir'.No student of Anson's epic voyage can ignore this NRS study which looks in detail at the origins of the voyage, its preparations and preliminary activities, the first stage of the voyage round Cape Horn, the second stage across the Pacific to Macao, the capture of the Spanish treasure galleon from Acapulco, Anson's triumphal homecoming and the populist welcome given to the procession of thirty-two waggons laden with treasure on its journey from Portsmouth to London.Dr Williams also examined the historical significance of the Voyage. Was it a throwback to the privateering days of Drake or should it be interpreted in the light of the subsequent development of the worldwide British Empire? 'The documents printed here', according to Dr Williams, 'show that the discussions about the projected Pacific expeditions in 1739 were dominated by men who were looking to the future.'