- Cinematic Archives of the Present 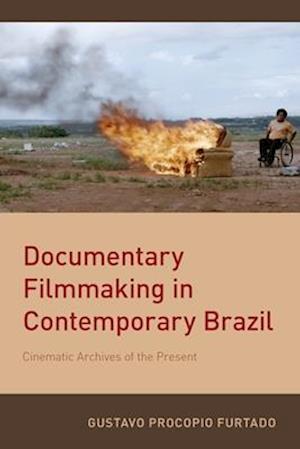 This book examines the vibrant field of documentary filmmaking in Brazil from the transition to democracy in 1985 to the present. Marked by significant efforts toward the democratization of Brazil's highly unequal society, this period also witnessed the documentary's rise to unprecedented vitality in quantity, quality, and diversity of production-which includes polished auteur films as well as rough-hewn collaborative works, films made in major metropolitan regionsas well as in indigenous villages and in remote parts of the Amazon, intimate first-person documentaries as well as films that dive headfirst into struggles for social justice. The transformations of Brazilian society and of filmmaking coalesce and become entangled in this cinema's preoccupation witharchives. Historically linked to the exercise and maintenance of power, the concept of the archive is critical for the documentary as a cultural practice that preserves images from the present for the future, unearths and repurposes visual materials from the past, and is historically invested in filmic images as records of the real. Contemporary films incorporate, reflect on, and rework a variety of archives, such as documents produced by official institutions, ethnographic images, home movies,and photo albums-and engage not only with what is preserved but also with lacunas in the record and with alternate forms of remembering, retrieving, and transmitting the past. Through its interaction with archives, this book argues, the contemporary documentary reflects on and intervenes in thedistribution of visibilities and invisibilities, centers and margins, silences and speech, living memory and its preservation in the record-thus locating the documentary on archival borders that concern Brazilian society and filmmaking alike.

Forfattere
Bibliotekernes beskrivelse This book examines the vibrant field of documentary filmmaking in Brazil from the transition to democracy in 1985 to the present with attention to the way the films of this period incorporate, reflect on, and reworks a variety of archival materials, including official documents, ethnographic images, and home movies and photo albums. 23 images