Doctors and Doctrines: The Ideology of Medical Care in Canada 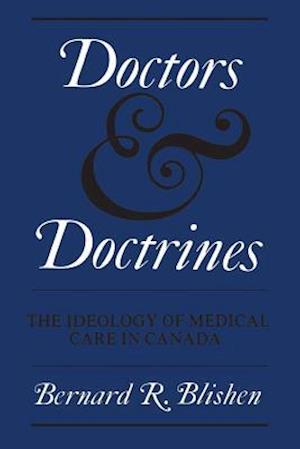 There has been controversy for several years now in Canada over the various developments in insurance for medical care. The Canadian Medical Association is of course concerned with protecting the profession as well as the public: those who believe in a government-sponsored medicare plan claim that the medical profession’s reaction is based on self-interest. The debate was intensified by the 1962 medicare dispute in Saskatchewan, the publication in 1964 of the first two volumes of the Report of the Royal Commission on Health Services, and the more recent disagreement between the federal and provincial governments over the issue. Professor Blishen here examines the position of the medical profession in this debate as part of an ideological reaction to a rapidly changing society. The growth of scientific knowledge, demographic change, and shifting social values all have an impact on the medical profession: the doctors’ dilemma must be seen against this background.

The focus of this analysis throughout is the physician’s role: the examples are Canadian but the ideologies and situations involved are relevant to all countries with a similar medical development.