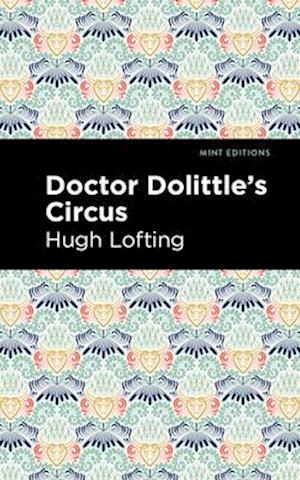 After returning from his African trip, in which he discovered the Pushmi-Pullyu, a two-headed antelope, Doctor Dolittle is looking for a way to pay off his debt. Inspired by the rarity of his new friend, Dolittle decides to enroll the Pushmi-Pullyu in a circus act. After searching for a circus that would accept his conditions, Doctor Dolittle and Pushmi-Pullyu begin to perform at a circus ran by a man named Blossum. Though Dolittle is originally happy with this arrangement, he soon becomes distressed after hearing the complaints of the other circus animals, who are unhappy with the way they are being treated. But, when Doctor Dolittle speaks on behalf of the animals, Blossum dismisses his concerns. The final straw however, is when Sophie, an Alaskan seal, begins to express her sadness over missing her husband, who she was taken away from when she was forced to join the circus. Deciding to take matters in his own hands, Dolittle begins to plan a daring escape with his circus friends, including evading the coast guard and dressing in humorous disguises. Featuring the beloved children's character who can talk to animals, Doctor Dolittle, Hugh Lofting's Doctor Dolittle's Circus is a fun and imaginative adventure. Though part of a larger series, Doctor Dolittle's Circus can be read independently, and is suitable for any reader looking for a humorous escape. First published in 1924, Doctor Dolittle's Circus is a small part of a larger legacy, adding to the adventures of a classic character who prefers animals over people. This lively novel has been adapted for both films and musicals, serving as a testament of Doctor Dolittle's timeless adventures. This edition of Doctor Dolittle's Circus by Hugh Lofting now features an eye-catching new cover design and is printed in a font that is both modern and readable. With these accommodations, this edition of Doctor Dolittle's Circus creates an accessible and pleasant reading experience for modern audiences while restoring the original imagination and fun of Hugh Lofting's work.