DNA and RNA Cleavers and Chemotherapy of Cancer and Viral Diseases

- Proceedings of the NATO Advanced Workshop on "DNA and RNA Cleavers and Chemotherapy of Cancer and Viral Diseases", Toulouse, France, September 11-14, 1995 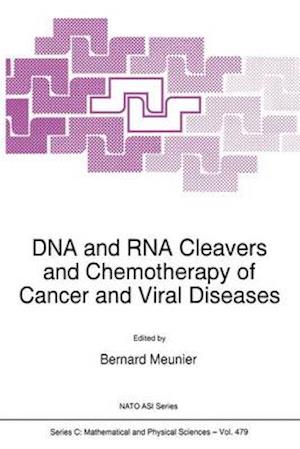 The past decade has witnessed a burst of activity and interest in the discovery and design of drugs that cleave DNA and RNA with sequence specificity. This interest stems from the potential of this class of compounds to be useful as therapeutics agents, in particular in the field of the treatment of cancer and viral diseases. Further, a side benefit of such studies is the discovery of novel mechanisms and uses of such agents as tools in the study of structure and function of nucleic acids. Up to now, no international meeting has been organized to recognize the immense progress that has been made in this field. The field of DNA and RNA cleavage by natural and chemical drugs now includes researchers working with rather dissimilar agents but with common underlying mechanisms of DNA damage. Until recently, these scientists were working in separate, apparently unrelated areas, such as the enediyne antibiotics and their synthetic analogues, bleomycin-metal complexes, metal-drug complexes, ribozymes and ribozyme mimics, and antisense and antigene oligonucleotides, etc. It is now clear that these research areas have in common strategies and targets. Researchers representing these areas worked together at this workshop where these common interests were discussed and scientific ideas modified and criticized. Such a workshop should lead to new research approaches and collaborative interactions, and is expected to significantly enhance the progress in the field of DNA and RNA cleavage.