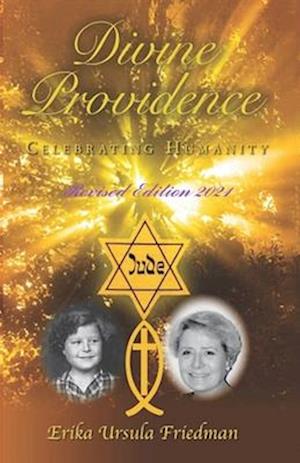 Divine Providence is a gripping memoir of a spiritually gifted girl by the name of Erika, a Jewish child, and her terrifying yet divinely protected, and guided beginnings in Nazi ravaged World War II, Europe, the Berlin Airlift, and the Cold War. It sets the stage for an unenviable life of survival. It is a story that reads like fiction, yet really happened to a person, a living, breathing human being in the 20th century. It is a unique and sensational look into the most inner consciousness of a traumatized child's mind, and her ensuing journey to adulthood. Erika witnessed the horror and brutality of human destruction, and the exploitation of Jews and German's by the Nazis. When her mother covered her children with her body during a bomb attack pleading with God to spare their lives, Erika's search began to touch the face of God. She manages to overcome unbelievable perils and odds. But, this heroine's tenacious instinct for survival came from a greater, more mysterious force than that created by the imaginative stroke of an author's pen as the mystical strand of her life unfolds.This story It is an important historical account of life during and after the World War II and is a genuine celebration of the US Armed Forces and Allies in the human experience appropriate for readers from all walks of life.