- The Perilous Politics of the American Revolution 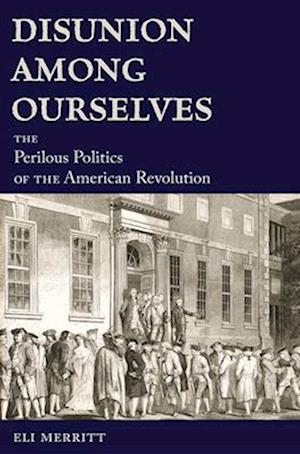 Disunion Among Ourselves tells the story of the deep political divisions that beset the Continental Congress during the American Revolution. So fractious were the founders' political fights that they feared the War of Independence might end in disunion and civil war. Typically, accounts of the Revolution highlight the might of the British armed forces as the chief obstacle to achieving American independence. In fact, the greatest danger to the nascent Union--from the First Continental Congress in 1774 until the war's end in 1783--was powerful regional chauvinism and government infighting that threatened to break apart the Continental Congress. If the states should separate, armed civil conflict seemed inevitable due to vast unsettled financial disputes between the states as well as, crucially, the unresolved ownership of 300 million acres of fertile land in the trans-Appalachian West obtained from King George III in the Treaty of Paris in 1783. Instead of disbanding into separate regional confederacies, which many considered the most natural outcome of the Revolution, the founders united for the sake of liberty and self-preservation. To achieve this, they forged grueling compromises, including the resolution for independence in 1776, the Mississippi-Fisheries Compromise of 1779, and the ratification of the Articles of Confederation in 1781. Today, in the second decade of the 21st century, many Americans have lost faith in politics and a polarized government. Disunion Among Ourselves has inevitable resonances with our present era of political hyperpolarization. It fills a critical gap in our historical understanding of the Revolution while at the same time serving as a touchstone for contemporary politics, reminding us that the founders overcame far tougher times than our own through commitment to ethical constitutional democracy and compromise. They succeeded in part by transcending the baser angels of their natures to the higher national interest.