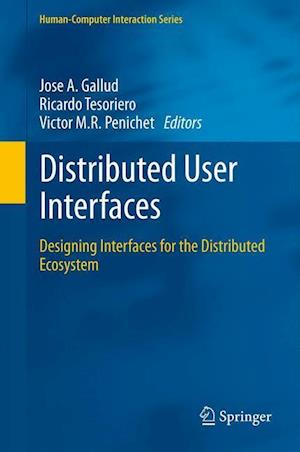 The recent advances in display technologies and mobile devices is having an important effect on the way users interact with all kinds of devices (computers, mobile devices, laptops, tablets, and so on). These are opening up new possibilities for interaction, including the distribution of the UI (User Interface) amongst different devices, and implies that the UI can be split and composed, moved, copied or cloned among devices running the same or different operating systems. These new ways of manipulating the UI are considered under the emerging topic of Distributed User Interfaces (DUIs).DUIs are concerned with the repartition of one of many elements from one or many user interfaces in order to support one or many users to carry out one or many tasks on one or many domains in one or many contexts of use - each context of use consisting of users, platforms, and environments.The 20 chapters in the book cover between them the state-of-the-art, the foundations, and original applications of DUIs. Case studies are also included, and the book culminates with a review of interesting and novel applications that implement DUIs in different scenarios.