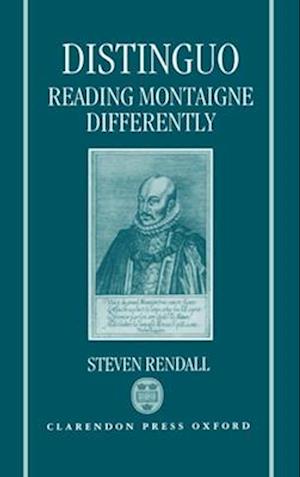 Most modern critics (even those who have emphasized the `evolution' of Montaigne's ideas) have sought to explain away the contradictions and incoherences of Montaigne's Essais. Distinguo: Reading Montaigne Differently investigates the role of these internal differences in the opinions recorded, in voices and modes of discourse, in logical levels, in conceptions of writing and of reading, through a series of careful, lucid readings of selected passages from theEssais. The author tracks their operation in Montaigne's text and shows how Montaigne's writing constantly recontextualizes his own discourse (through his practice of interpolating new material in successive editions and adding new chapters) as well as that of other authors (through quotation,paraphrase, commentary). Rather than merely negative features, the author argues that such `differences' are essential to a practice of writing that both defines and challenges a notion of `unity', and can be seen as an uneasy and disturbing element related to a historical shift from earlier ways of controlling meaning, to one based on `the author function'.This careful and lucid book presents a fresh and significant interpretation of the Essais and shows how Montaigne's work might profitably and illuminatingly be read in a `different' way.