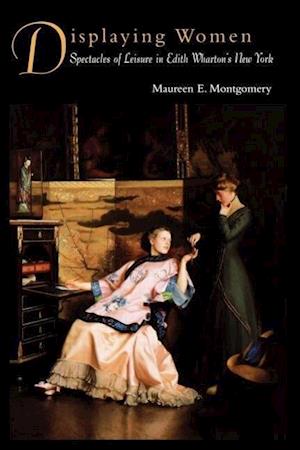 Displaying Women explores the role of women in the representation of leisure in turn-of-the-century New York. To see and be seen--on Fifth Avenue and Broadway, in Central Park, and in the fashionable uptown hotels and restaurants--was one of the fundamental principles in the display aesthetic of New York's fashionable society. Maureen E. Montgomery argues for a reconsideration of the role of women in the bourgeois elite in turn-of-the-century America. By contrasting multiple images of women drawn from newspapers, magazines, private correspondence, etiquette manuals and the New York fiction of Edith Wharton, Henry James and others, she offers a convincing antidote to the long-standing tendency in women's history to overlook women whose class affiliations have put them in a position of power.

Forfattere
Bibliotekernes beskrivelse By contrasting images of women drawn from newspapers, magazines, etiquette manuals and the fiction of Edith Wharton, the author of this book argues for a reconsideration of the role of women in the bourgeois elite in 19th-century America.