Dispatches and Letters relating to the Blockade of Brest 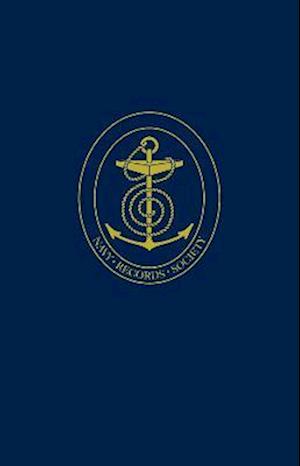 The blockade of Brest of 1803-05 is covered in two volumes and concentrates on the achievements of the Hon William Cornwallis and his captains.Leyland was of the opinion that the work of the blockaders was 'more important and more successful than that of Nelson at the same period'. More succinctly these volumes contain material concerning operations under Cornwallis' command, which geographically included Lorient, Rochefort, Ferrol, the Bay of Biscay and further to the west.Other important individuals who had a controlling hand in these operations included Lord Keith, Sir James Saumarez, Sir Edward Pellew and Sir Sidney Smith, although only a small number of papers from these individuals are included in this selection.The selection of letters concentrates on the system of blockade used by Cornwallis, particularly the tactics he adopted and the close management of Lorient and Rochefort.The importance of ships returning to Britain from the West Indies was paramount but Cornwallis' failure to capture any noteworthy French warships is lain at the door of the lack of frigates. The documents are mainly from the Public Record Office (now the National Archives) and are supplemented by records from French archives.Volume 1 1803-1804 includes Admiralty orders to Cornwallis and their view on his deployment tactics. Material covering the invasion plans of Southern England and Ireland, with the subsequent orders given to captains, should such an event become a reality, can be found.As well as letters concerning the state of Brest and the problems the French faced with impressments, defence and the management of resources requiring intervention by Napoleon to resolve.Throughout can be seen Cornwallis' masterly command of the watch kept over the French and comparisons made with Nelson at Toulon, particularly his planning for emergencies, allowance for every contingency, supply, protection of trade and the motivation of his men. Sir Edward Pellew stands out as an exceptional seaman and diplomatist, although his successor at Ferrol, Rear-Admiral Cochrane, was not of the same high standard but his efficiency for victualling is apparent.Materials for the conditions of the lower ranks have also been included, as well as the mutinies being a black mark against numerous gallant naval actions, many of which resulted in casualties and prizes