Bain, F: Dismemberment in the Medieval and Early Modern Engl

- Bain, F: Dismemberment in the Medieval and Early Modern Engl 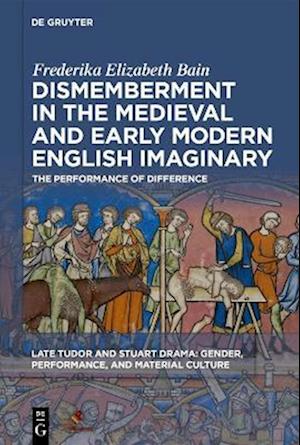 The medieval and early modern English imaginary encompasses a broad range of negative and positive dismemberments, from the castration anxieties of Turk plays to the elite practices of distributive burial. This study argues that representations and instances of bodily fragmentation illustrated and performed acts of exclusion and inclusion, detaching not only limbs from bodies but individuals from identity groups. Within this context it examines questions of legitimate and illegitimate violence, showing that such distinctions largely rested upon particular acts' assumed symbolic meanings. Specific chapters address ways dismemberments manifested gender, human versus animal nature, religious and ethnic identity, and social rank. The book concludes by examining the afterlives of body parts, including relics and specimens exhibited for entertainment and education, contextualized by discussion of the resurrection body and its promise of bodily reintegration. Grounded in dramatic works, the study also incorporates a variety of genres from midwifery manuals to broadside ballads.