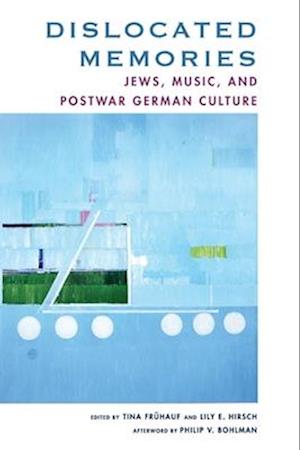 The first volume of its kind, Dislocated Memories: Jews, Music, and Postwar German Culture draws together three significant areas of inquiry: Jewish music, German culture, and the legacy of the Holocaust. Jewish music-a highly debated topic-encompasses a multiplicity of musics and cultures, reflecting an inherent and evolving hybridity and transnationalism. German culture refers to an equally diverse concept that, in this volume, includes the various cultures ofprewar Germany, occupied Germany, the divided and reunified Germany, and even "German (Jewish) memory," which is not necessarily physically bound to Germany. In the context of these perspectives, the volume makes powerful arguments on about the impact of the Holocaust and its aftermath in changingcontexts of musical performance and composition. In doing so, the essays in Dislocated Memories cover a wide spectrum of topics from the immediate postwar period with music in the Displaced Persons camps to the later twentieth century with compositions conceived in response to the Holocaust and the klezmer revival at the turn of this century. Dislocated Memories builds on a wide range of recent and critical scholarship in Cold War studies, cultural history, German studies, Holocaust studies,Jewish studies, and memory studies. What binds these distinct fields tightly together are the contributors' specific theoretical inquiries that reflect separate yet interrelated themes such as displacement and memory. While these concepts link the multi-faceted essays on a micro-level, they are alsolargely connected in their conceptual query by focus, on the macro-level, on the presence and the absence of Jewish music in Germany after 1945. Filled with original research by scholars at the forefront of music, history, and Jewish studies, Dislocated Memories will prove an essential text for scholars and students alike.