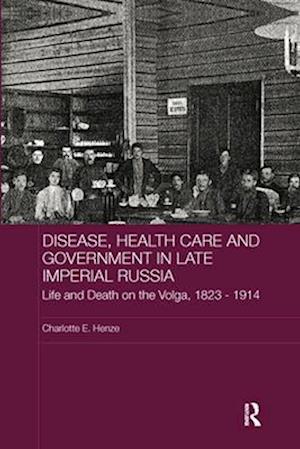 This book addresses fundamental issues about the last decades of Tsarist Russia, contributing significantly to current debates about how far and how successfully modernisation was being implemented by the Tsarist regime. It focuses on successive outbreaks of cholera in the city of Saratov on the Volga, in particular contrasting the outbreak of 1892 - widely regarded at the time as a national fiasco and a transformative episode for the Russian Empire - with the cholera epidemics of 1904-1910 when - despite completely new scientific discoveries and administrative arrangements - Russia suffered another national outbreak of the disease.The book sets these outbreaks fully in their social, economic, political and cultural context, and explains why a medical and social disaster - which had long since been overcome in other parts of Europe - continued much later in Russia. It explores autocratic government, urban renewal, public health, and disaster management, including the management of widespread public hysteria and social unrest. The book further analyses the assimilation of Western medical knowledge, and the resulting institutional and epistemological changes. Overall, it demonstrates that Russia's medical history was inseparably linked to the nature of the tsarist regime itself in its confrontation with modernity.