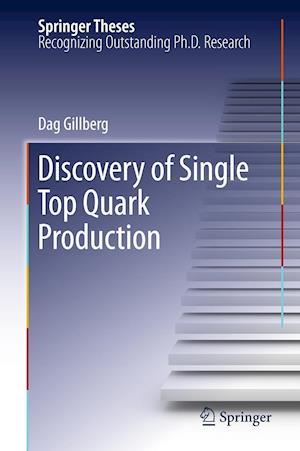 The top quark is by far the heaviest known fundamental particle with a mass nearing that of a gold atom. Because of this strikingly high mass, the top quark has several unique properties and might play an important role in electroweak symmetry breaking-the mechanism that gives all elementary particles mass. Creating top quarks requires access to very high energy collisions, and at present only the Tevatron collider at Fermilab is capable of reaching these energies.Until now, top quarks have only been observed produced in pairs via the strong interaction. At hadron colliders, it should also be possible to produce single top quarks via the electroweak interaction. Studies of single top quark production provide opportunities to measure the top quark spin, how top quarks mix with other quarks, and to look for new physics beyond the standard model. Because of these interesting properties, scientists have been looking for single top quarks for more than 15 years.This thesis presents the first discovery of single top quark production. It documents one of the flagship measurements of the D0 experiment, a collaboration of more than 600 physicists from around the world. It describes first observation of a physical process known as "single top quark production", which had been sought for more than 10 years before its eventual discovery in 2009. Further, his thesis describes, in detail, the innovative approach Dr. Gillberg took to this analysis. Through the use of Boosted Decision Trees, a machine-learning technique, he observed the tiny single top signal within an otherwise overwhelming background. This Doctoral Thesis has been accepted by Simon Fraser University, Burnaby, BC, Canada.