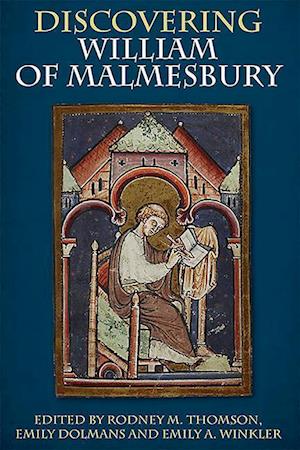 In the past William of Malmesbury (1090-1143) has been seen as first and foremost a historian of England, and little else. This volume reveals not only William's real greatness as a historian and his European vision, but also the breadth and depth of his learning across a number of other fields. Areas that receive particular attention are William's historical writings, his historical vision and interpretation of England's past; William and kingship; William's language; William's medical knowledge; the influence of Bede and other ancient writers on William's historiography; William and chronology; William, Anselm of Canterbury and reform of the English Church; William and the Latin Classics; William and the Jews; and William as hagiographer. Overall, the volume offers a broad coverage of William's learning, wide-ranging interests and significance as revealed in his writings. Rodney M. Thomson is Emeritus Professor of Medieval History at the University of Tasmania; Emily Dolmans is a lecturer in English Literature at Jesus College and Oriel College, University of Oxford; Emily A. Winkler is the John Cowdrey Junior Research Fellow in Medieval History at St Edmund Hall, University of Oxford, and Departmental Lecturer in Medieval History. Contributors: Anne E. Bailey, Emily Dolmans, Daniel Gerrard, John Gillingham, Kati Ihnat, Ryan Kemp, William Kynan-Wilson, Anne Lawrence-Mathers, Stanislav Mereminskiy, Samu Niskanen, Joanna Phillips, Alheydis Plassmann, Sigbjorn Sonnesyn, Rodney M. Thomson, Emily Joan Ward, Emily A. Winkler, Michael Winterbottom.

Forfattere
Bibliotekernes beskrivelse A fresh look at William of Malmesbury which not only demonstrates his real greatness as a historian and his European vision, but also the breadth of his learning across a number of other disciplines.