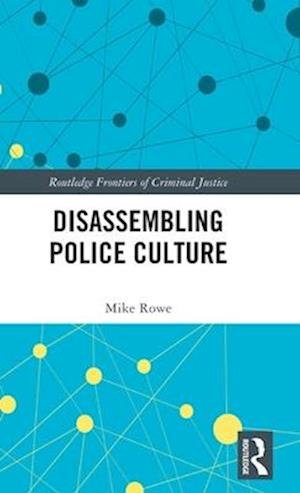 Drawing on six years of ethnographic research, this book critically examines police culture, exploring police behaviours, decision-making and actions. Police culture is a concept widely used, often critically, to characterise the working attitudes and behaviours of (usually uniformed) police officers. It is shorthand for a workplace imbued with machismo, racism, sexism, a thirst for danger and excitement, cynicism and conservatism.

Rather than looking for culture or identifying how culture affects behaviours, this book identifies factors that influence the decisions and actions, including technology, targets, training, timing, intelligence, geography and supervision, thus reassembling police culture much as Bruno Latour sought to reassemble the social. The analysis develops a clearer and critical understanding of culture by explicitly connecting the debates about police culture to those about organisational culture. Offering a detailed ethnography of two shifts, it grounds the analysis of the idea of police culture in a 'thick description' of the day-to-day activities observed in the police station and the patrol car, rather than using brief illustrative extracts. The book dispenses with any assumption of the utility of the concept of police culture, not least because it is opaque, and reassembles our understanding of policing and, if it retains any relevance, of police culture.

An accessible and compelling read, this book will appeal to students and scholars of policing, criminology, sociology, law, politics and all those interested in the day-to-day lives of police officers.