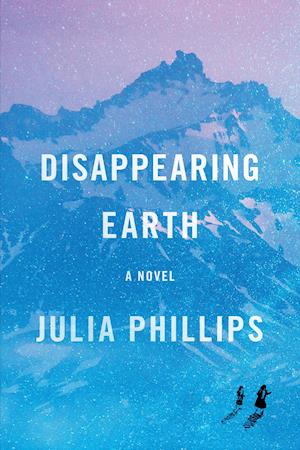 "A genuine masterpiece." --Gary Shteyngart For fans of Anthony Marra's A Constellation of Vital Phenomena and T a Obreht's The Tiger's Wife the kidnapping of two small girls on a remote peninsula in Russia sets in motion a propulsive, evocative, searingly original debut novel by a dazzling young writer. One August afternoon, on the shoreline of the Kamchatka Peninsula at the northeastern tip of Russia, two girls--sisters, ages eight and eleven--go missing. The police investigation goes cold from the outset. In the girls' tightly-woven community, everyone must grapple with the loss. But the fear and danger is felt most profoundly among the women of this isolated place.

Taking us one chapter per month across a year on Kamchatka, this powerful novel connects the lives of characters changed by the sisters' abduction: a witness, a neighbor, a detective, a mother. Theirs is an ethnically diverse population in which racial tensions simmer, and so-called natives are often the first to be accused. As the story radiates from the peninsula's capital city to its rural north, we are brought to places of astonishing beauty: densely wooded forests, open expanses of tundra, soaring volcanoes, and glassy seas.

Disappearing Earth is a multifaceted story of the intimate lives of women--their vulnerabilities and perils; their loves, aspirations, and regrets; their desires and dreams. The novel speaks to the complex yet enduring bonds of community as it offers startlingly vivid portraits of people reaching out to one another and, sometimes, reaching back to save each other.

Gripping and tender, evoking with seamless authenticity an extraordinary place on the other side of the world, this thrilling novel with a haunting suspense at its center announces a profoundly gifted writer.